Find out what’s happening at BNI

Congratulations to our very own member and Director Consultant, Matt Kinsey for being elected 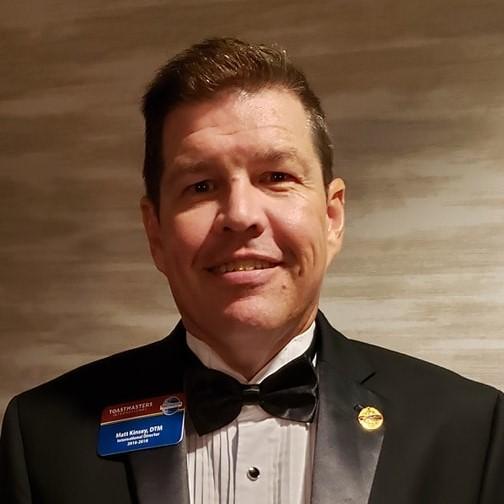 Kinsey is the CEO of MK Tech Group in Coral Springs, Florida, which he started in 2007. Kinsey oversees all aspects of his IT consulting firm that services small and medium-sized businesses in the South Florida area.

Kinsey holds a master’s degree in computer information systems from the University of Phoenix, Arizona. He has a certificate in strategic management and was recognized with the Silver Beaver and Vigil Honor awards for his work with the Boy Scouts of America. As a Boy Scout volunteer for 23 years, he has held numerous positions within the organization including district chairman, event chairman, and currently serves as the council’s camping chairman.

A Toastmaster since 2003, Kinsey is a charter member of his home club, Outspoken Toastmasters, in Coral Springs. He has held several high-profile leadership positions within Toastmasters and has attained the Distinguished Toastmaster designation—the highest level of educational achievement in the organization.

“I have learned that to be most successful, you need to lead with your heart and not your head,” he says. “There is no finer program than Toastmasters for helping people build their self-confidence, communication and leadership skills.”

The Latest From BNI View All